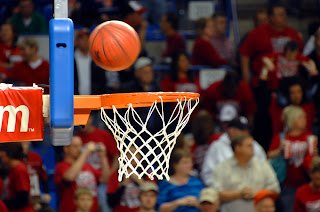 Last week was my favorite week of the year. The first round of the NCAA Tournament. Well, technically, the first and second rounds, together. Tuesday and Wednesday, two nights of games, and then Thursday through Saturday. Literally every minute of the day could be filled with basketball of some kind. There is no better week on the planet.

It’s a week of match ups, clear favorites, and underdogs, I’ve been thinking. What is an underdog, really? Is it just someone who’s not favored to win? Is it someone who’s expected to lose? Someone who’s under-rated? Or who is actually bad?

If you’ve been following this year’s tournament, you will have undoubtedly heard about the Florida Gulf Coast University Eagles who were the first #15-ranked school to make the Sweet Sixteen in the history of the tournament. In what seemed like back to back hours of highlight reels, they knocked off first #2 Georgetown, and then, two days later, #7 San Diego State. In both games, they were the lower-ranked team, and in both games, they pulled off what is known as an upset. 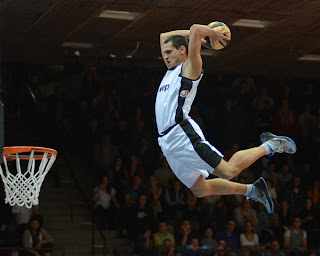 But were they really an underdog?

Nearly every year, in the tournament, there’s some kind of under-rated team who makes a streaky run for the Final Four. Some get closer than others, because of course, it becomes harder and harder to maintain the kind of focused intensity it takes to beat teams who are really better than you are. That’s a real underdog.

Their point guard has uncanny court sight. Their star player is a fantastic shooter. Then, there are four or five other players who are just incredibly athletic players and do well in a fast break setting. Once they got into the rhythm of the fast break, you couldn’t stop them. That’s no underdog. That’s a dang talented team.Florida Gulf Coast is not an underdog. They are an unknown. If you saw their first two games, you knew this wasn’t a fluke. They weren’t a bad team suddenly playing well. They were an unknown team suddenly playing at their potential.

To me, an underdog is more than just the lower ranked team. Otherwise, everyone is an underdog at one point or another. An underdog is someone who is consistently underrated. Someone not expected to win. Maybe ever. Not just in a particular matchup.

What do you think? What makes an underdog? What was Florida Gulf Coast University? Underdog? Underrated? Unknown?