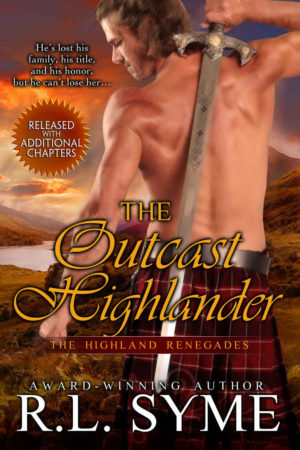 Kenesy MacLeod returns home after a failed marriage alliance in France to find her world in turmoil: her best friend married to an English sympathizer, her mother at death’s door, and her father imprisoned and thought dead. As an English lord descends to claim her father’s lands, Kenesy escapes north with her mother and brother, and runs straight into the arms of the outcast Highlander.

Driven from home and family by a crazed father, Broccin Sinclair refuses to stand aside while the English invade his beloved Scotland. But who should he champion? The freedom fighter who saved his life, the family who has forgotten him, or the woman who captured his childhood heart?