How Many Days Left? 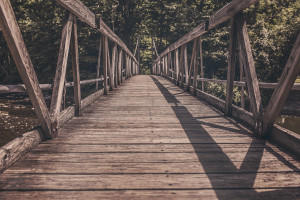 In the last season of The West Wing, there’s an episode called 365. It begins with Leo calling the staff together to discuss strategy, and one-by-one, everyone gets called away by some crisis. The first scene ends with Leo standing alone in his office, then he turns and writes “365” on the white board.

At the end of the episode, the President brings the staff back together in Leo’s office and Leo asks, “what did you do today?” Nancy says, “Bolivia.” Leo corrects her, “actually, it was a crisis in Bolivia, and it called you away and before you know it, the whole day’s gone.” Then he erases the number “5” on the board and replaces it with a “4.” You get the immediate sense of a countdown and people start taking off their jackets to settle in for some motivated strategy talks. There’s new energy in the room. What was a tired group of people ending their day is now an enervated team, ready to take on the future. “We’ve got 364 days left in the White House,” Leo says. “What do you want to do with them?”

I’ve had a week like that day in Bolivia. One crisis after another, or one thing calls me away from work, and then I don’t get a chance to return to this work that I think is so important. This telling of stories. This effecting emotional response in people’s hearts. This connection with hope and the future and the truth of story.

I feel like Leo just erased a number on the white board of my life, and I found myself asking… how many days do I have left? How many more books do I get to write? How many more stories do I get to tell? Am I doing what I want with the gradual countdown to zero on the time I have to leave a mark on this world?

The truth is, I don’t know.

But I feel like settling into a chair and taking my coat off and talking about what really matters. What I’m really doing here. Why I really sit down at my computer. I feel like I need to reconnect with my purpose. Because the truth is, I don’t know how many days or weeks I have left. But I know that it’s one less than it was yesterday. And I feel that urgency about being right in the center of the why. I can’t afford to waste time. And neither can you. There’s too much at stake to let these days go by with the mundane busywork that rules so much of our lives.

I don’t know about you, but I want to start living like I know time is running out. Because I do my best work under pressure, and I’m ready to get to it.