My First Day as a Professional Writer

In RWA (Romance Writers of America), there are two professional designations that members can attain to align with other members in their similar situation. It creates networks that can better support authors in certain pieces of their careers.

The first designation is called “PRO”. It consists of anyone who has completed and/or submitted a manuscript, full-length. I was a PRO member in 2010, less than five months after joining RWA. I was committed. Less than a year later, I was contracted. Then published. I went to the PRO retreats at Nationals. I was on the PRO loop. It was a fantastic support system.

But after having been published for awhile, and trying to make the jump to actually making money writing, I started to get frustrated. I started to question my decisions. I changed directions. 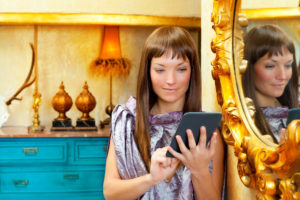 But then, yesterday, I got the notification that I had made the second designation, which is called PAN. That stands for Published Authors Network. While there are plenty of published authors in PRO, the requirements to make PAN are essentially set up to statistically separate those who are going to make a living from writing. Or who already are.

I used to feel angry about being published and not being PAN. But I have realized that PRO was a necessary journey step for me. I needed to be in the place where I was seriously producing manuscripts, getting ready to be professionally consistent. I wasn’t in a place in 2009 where I was ready for that to happen. Today, I understand the world–the publishing world–so much better, and I recognize that I had so much to learn in 2010. I needed PRO. I was on a journey.

Which reminds me that I’m still on that same journey. I haven’t “arrived” just because I’ve made a PAN designation. Rather, this is just another step on my journey. I know that I am becoming a professional every day, that I have been becoming every day.

So, while this is a fantastic step on my journey, it’s not the end. And today, as I sat down at my desk to crank out words, it was good to remember that there’s still a lifetime of steps to take on this journey. Because while today was my first official day as a professional writer, it was also just another day in my career as an author.